Mike Getting Some In Chocolate Bowl

I can’t say that this was the best trip of my life but just about every other blog I write I seem to be saying that, so I am okay with not winning them all and I still had a ton of fun. I did manage one best for the season, maybe even best of my life, I took my best tomahawk ever! The next best part about it was that it was on hard snow. Luckily I came out of it relatively un-scathed, a big testament to my bindings that came off right when they had too.  I flipped enough times to be too dizzy to walk when I finally stopped, I couldn’t tell if I was concussed or dizzy (I think I was just dizzy but I can‘t remember). This was the conclusion on filming in Whistler and a fun day skiing the Chocolate Bowl spines. But let me rewind a bit!

I spent the first five days of the trip trying to finish up some filming with Mike for Salomon Freeski TV. For whatever reason someone or something did not want us to succeed. We took it in stride and managed to make the best of  what we had. Skiing some super fun stuff in and around Whistler. After my good crash and a severe temperature spike to summer like temperatures we knew that it was time to call it good.

My plan from there was to wait it out in Whistler to see if the snow would get good again and then get some filming shots or tour out to one of the many sick mountains around Whistler. In the meantime I spent a couple of days thoroughly enjoying the World Ski and Snowboard Festival and taking some time off to chillax. It was good to chill and regroup after a long winter of traveling and skiing. I know poor me but I was feeling the burn for sure.

Well the temperatures seemed to rise and rise until it felt like full on summer in the valley. I had a super fun day of shredding with a huge posse that included the 4Frnt boys, Retallack boys and many others. Nothing like feeling the love shredding around in the spring with a huge crew, hitting zipper lines and booters! Really it doesn’t get any better, so damn fun! 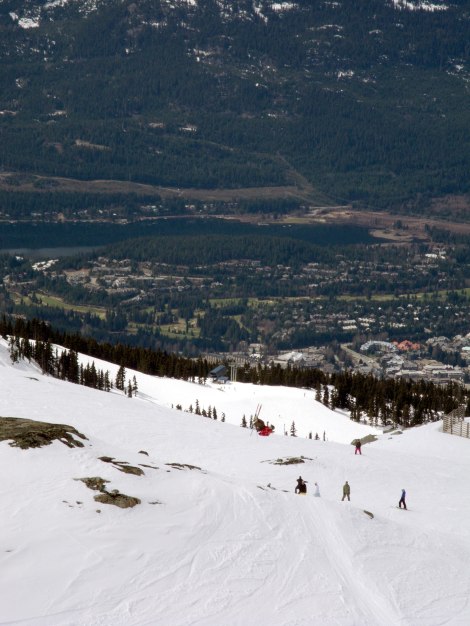 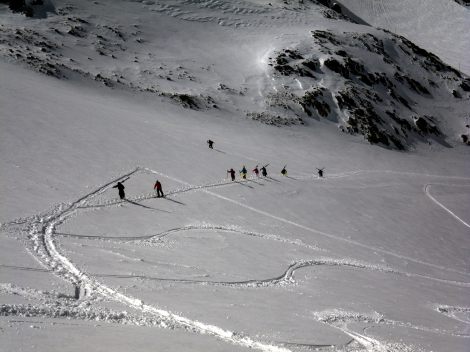 The Posse Hiking Up the Blackcomb Glacier

Matt Sterbenz getting his shred on! 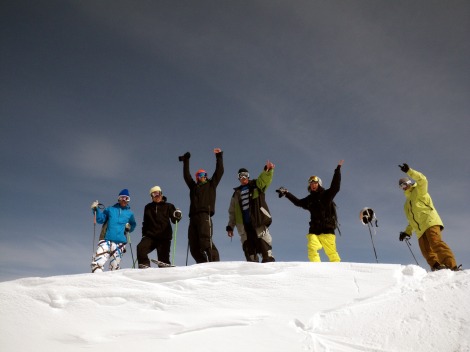 4Frnt Crew On top of Husumi

Skiing is such an amazing sport there is so many different aspects to the sport and they are equally as fun. As I get older I feel like maybe I should be growing out of the sport but there is a major problem. I swear that every time I get on a pair of skis it gets more fun. I’m not sure how that is possible but I am very thankful that I am lucky enough to  get so much pleasure out of something! It seems that whenever I am skiing I learn something new about the sport. How to go a little faster, stomp a little cleaner, hike a little faster, go a little bigger, turn better, apre better. HAHAHAHA…. 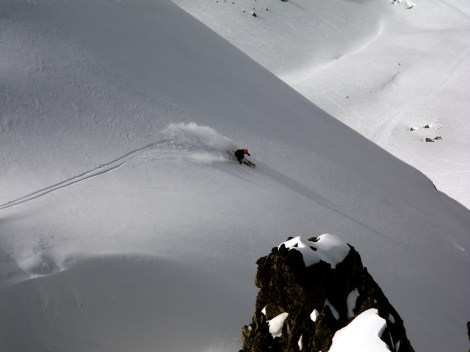 Anyway after a couple of days of  putting out the vibe I started getting  a little stir crazy to go and do something. Eric and I formulated a plan to go and ski Fitzsimmons, we looked at the face closely earlier in the year. It is a classic coast decent that is steep, sustained and very shreadable. We started heading out via Whistler, the travel was slow due to extremely sticky snow and hot temps. You couldn’t go to fast skinning because you would overheat. Clearly it was a little hot to be skiing anything too gnarly. I managed to convince him that we should at least go to the top of Fissile. We made it to the top with hopes of skiing the Summit Chute but when we got up there it was very evident that we would be taking the easy way down. We skied down the ridge and had a fun run down the Banana Chute. I think I almost crashed 15 times coming out  of the chute onto the ultra sticky snow on the fan. Normally you would take the Singing Pass trail out from here but we decided it was probably heinous, so we toured back to the ski hill. Not far but here is the clincher we toured all the way out without skins on. That’s right up hill ski touring with no skins, that pretty much sums up the day. 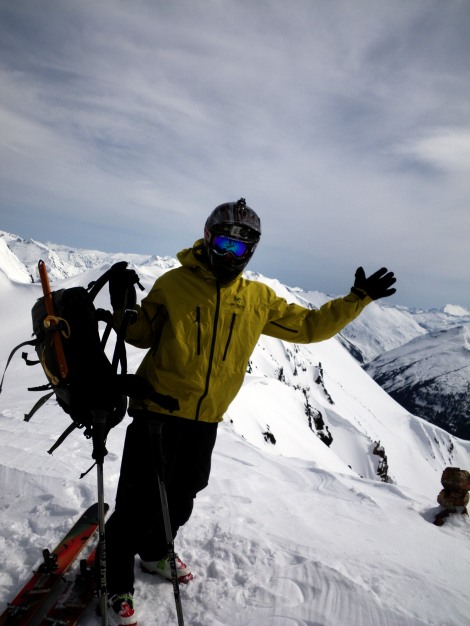 On Top of the Fissile

We came back fairly exhausted for such a small day, the sun and sticky snow had worked us. With the forecast not looking promising it was time to move on. I made the drive back to Revy and back to real life, for a little while at least. So I am sitting in my house with my wonderful bed with a billion things that I have been avoiding for the last  five months and all I can think about is skiing. HAHAHA…..Winter isn’t over yet!!!

While the warm temps are bad right now they should tighten up the snow pack when it gets cold again. Then the biglines will start looking prime for shredding. So far the plan is to head to the Freshfields with Sherpas at the start of May and then who knows. Hopefully head to the Rockies for some biglines skiing. All that being said it need to get a lot colder before that happens. In the meantime, I had my couple of days climbing yesterday and it was incredible. Summer climbing in April, I had to admit it was pretty fun. Hope everyone is out enjoying the sun and the mountains. What a glorious time of year? Have fun and play safe. Until next time!!!!!!!!!!!!!!!!!!!!

One response to “Whistler Blog”